Added 1 year ago by vindheim
134 Views
Paul McCartney might just be our greatest living rockstar…he was a friggin' Beatle, after all. But even if you're a big fan, there are quite a few things you might not know about him. This is the untold truth of Paul McCartney.

It's probably the biggest and most tightly held misconception in rock music history: Yoko Ono broke up the Beatles. She didn't, actually: The Fab Four split up in 1970 due to a combination of divergent creative interests and caving under the pressure of being the biggest band in the world. Ono, a Japanese-American conceptual artist and musician, bore the blame for the breakup because John Lennon fell under her avant garde spell during the final years of the Beatles.

"We were kind of threatened [then]. She was sitting on the amps while we were recording. Most bands couldn't handle that. We handled it, but not amazingly well, because we were so tight."

"She was just sitting in on the recording sessions and we'd never had anything like that. But looking back on it, you think, the guy was totally in love with her."

While some uninformed Beatles fans might still blame Ono for the band's demise, it sounds like McCartney is well past all of that. As he explained to Rolling Stone:

"[These days, our relationship is] really good, actually."

And it seems like he shook off any negative vibes rather quickly. In 1968, he contributed a blurb to the cover of Lennon and Ono's joint album Unfinished Music No. 1: Two Virgins that read:

"When two great saints meet, it is a humbling experience."

As McCartney explained to Rolling Stone:

"My big awakening was, if John loves this woman, that's gotta be right. I realized any resistance was something I had to overcome. It was a little hard at first. Gradually, we did. Now it’s like we’re mates. I like Yoko. She’s so Yoko."

Watch the video for more Revealing Details About Paul McCartney! 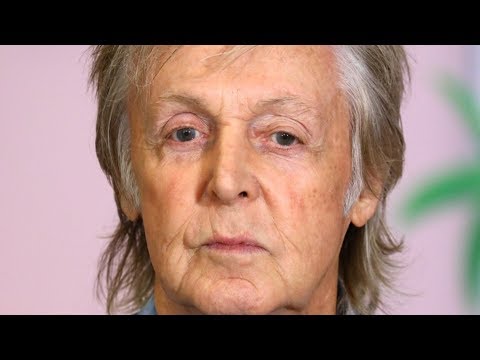 Paul McCartney might just be our greatest living rockstar…he was a friggin' Beatle, after all. But even if you're a big fan, there are quite a few thi...